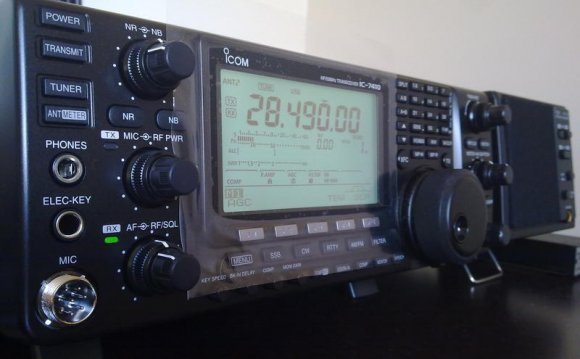 Have been operating from current QTH since July 2011.

South Korea: From September to December 2010, I operated as HL2/AD7MI. After cracking the code on how to get a license from the US military I operated as HL9MI until June 2011.

In the Spring of 2010 I completed a research paper of the history of the Army Amateur Radio System, the forerunner to today's Military Auxiliary Radio System (MARS). It was a fascinating subject to delve into and I was surprised to find out the actual reasons the US Army partnered with radio amateurs and how the organization changed, developed, and ultimately failed to adapt - leading to its dissolution in 1941. You can find the paper here at the Combined Arms Research Library.

My interest in radio comes from a childhood fascination with shortwave broadcasts. My dad (KD6EUG, Larry) held a novice license back in 1954. In his bedroom hamshack, he ran 75 Watts input to a 4D32 Output final Tube on a HT-20 transmitter on the HF Novice Bands - using a National NC-57 for a receiver with an 80 meter dipole. His license eventually lapsed, got married, had two kids, got divorced, and moved around to various QTHs in the Santa Clara Valley, CA. Some of his old equipment ended up in the garage, along with old electronic books and amateur radio magazines. As a kid, these strange pieces of equipment fascinated me and one day my dad brought in the National NC-57 receiver to my room and strung a dipole across the roof of the house. We sparked up the NC-57 and it was MAGIC! BBC from England, Radio Moscow from Russia, Deutsche Welle from Germany. This was 1981 - the Cold War was raging and shortwave broadcasts played a major role in the propaganda campaign. I received a letter from Moscow confirming my reception report and a parcel of books from Deutsche Welle's German language on-air class. I built a basic AM receiver using a Radio Shack kit and graduated to a kit to monitor the aircraft bands. Dad had a crystal scanner that blared the local police, fire, and sheriff communications. I briefly considered getting my Novice ticket, but the Morse Code requirement just seemed too daunting. Time went by and with high school my interest drifted to other subjects.

Amateur Radio, the Internet and the Future