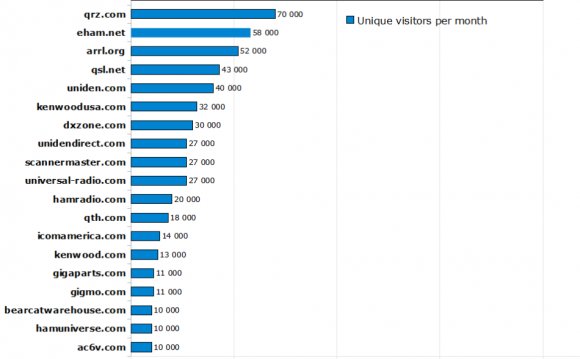 It took a probe that spanned two years and a stealth visit to the Cincinnati area, but a Federal Communications Commission enforcement official says his bureau caught a Union Township amateur radio operator intentionally interfering with the transmissions of his broadcasting buddies.

The man identified and now facing a proposed $8, 000 FCC fine is Daniel R. Hicks, who earlier had volunteered in the search to find the culprit accused of using someone else’s call sign to broadcast interference that evolved from being a nuisance into an obscene and racist affront.

James Bridgewater, district director of the FCC Northeast Region Enforcement Bureau office in Detroit, said one of his agents spent April 7, 2014, to April 9, 2014, in the Cincinnati area investigating multiple complaints from amateur radio operators about interference with their radio transmissions.

“The agent, working with a local amateur group which included Mr. Hicks, was unable to locate the source of the transmissions, ” Bridgewater said in a notice announcing that the FCC enforcement bureau is recommending Hicks pay an $8, 000 fine.

Bridgewater said that after continued complaints about radio interference, an FCC enforcement bureau agent returned to the Cincinnati area on March 3 of this year.

“This time, the agent did not notify the local amateur radio group that he was in the area, ” Bridgewater said.

Bridgewater said the FCC enforcement bureau agent used mobile direction-finding techniques to trace the transmissions to Hicks’ home on Forest Trail and listened to them for an hour.

“The transmissions used the call sign of another licensee.

“These transmissions were a deliberate act to prevent other amateur radio operators from conducting legitimate communications, ” Bridgewater said.

Neither Hicks nor a spokesperson for the American Radio Relay League (ARRL), a national association for amateur radio enthusiasts, could immediately be reached for comment.

But in a statement about the case posted on the ARRL website, Tom Delaney, vice director of the ARRL Great Lakes Division and spokesman for the Greater Cincinnati Local Interference Committee, said local members were surprised to learn who was behind the interference that he said had become increasingly vile over time.

“We were very close to finding the source but were not quite there, ” Delaney said.

“We did not know until the FCC actually caught him who it was.”

Delaney said Hicks used a synthesized voice and short transmissions to make himself difficult to find.

Hicks has until Sept. 19 to pay the proposed FCC fine or challenge it with a detailed factual statement supported by documentation and affidavits.