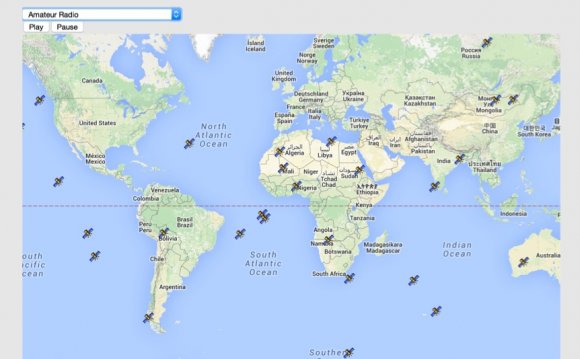 INTELSAT ROLLS OUT EPIC NEXT-GEN SATELLITE SYSTEM - The high-throughput platform should provide customers with superior connections at a lower cost. Designated Intelsat 29e, it will sit at 50 degrees west, and deliver services to the Americas and the North Atlantic aeroplane and shipping routes. At least six more Epic spacecraft will follow, to cover other regions and to provide back-up. Commentators and analysts see the success of the fleet as critical to the fortunes of Intelsat, which is based in McLean, Virginia, and is battling to hold its ground in a fiercely competitive market. More
(Source: BBC News - Jan 28)

IS NORTH KOREA PLANNING ROCKET LAUNCH? ACTIVITY SPARKS CONCERN, OFFICIALS SAY - It's a site so secretive that an underground railroad line delivers parts into a movable building, hiding activity from view. North Korea describes it as a place where the country launches satellites into space.

But U.S. spy satellites are keeping a sharp eye on North Korea's Sohae Satellite Launching Station at Tongchang-ri. And increased movement of equipment and personnel into the facility is raising renewed concerns in the U.S. military and intelligence community that something imminent could be in the offing. More
(Source: CNN - Jan 28)

RUSSIA’S PROTON-M ROCKET WITH EUROPEAN SATELLITE INSTALLED ON BAIKONUR LAUNCH PAD - Russia’s Proton-M carrier rocket with the Eutelsat-9B satellite of the European Space Agency has been installed on the launch pad of the Baikonur cosmodrome, the Khrunichev State Research and Production Space Center (Proton manufacturer) said in a release received by TASS on Tuesday.

On January 26, the Proton-M space rocket with the Eutelsat-9B satellite was moved to the launch pad area No 200 at the Baikonur cosmodrome and lifted to the vertical position, the Khrunichev Centre reported. More
(Source: TASS - Jan 27)

HOW A VA. STARTUP PLANS TO LAUNCH 648 SATELLITES - Low orbit internet satellite company OneWeb, who is backed by celebrity investor and Virgin Group founder Sir Richard Branson, announced in early January that it planned to relocate its headquarters to Arlington, Va. The company, along with a team of 32 employees, brought to northern Virginia not just their business but also grand ambitions of launching a constellation of 648 satellites...