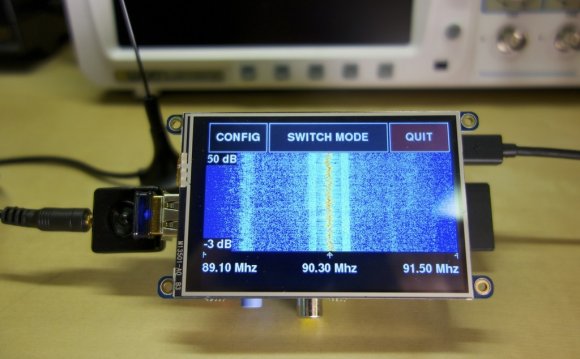 Spectrum at 2.3 and 3.4 GHz that once was allocated to Amateur Radio is going on the auction block in the UK. Telecommunications regulatory agency Ofcom announced this week the steps it will take in selling off the shared spectrum it took back after the military no longer needed it. Ofcom announced in April 2014 that it was ending Amateur Radio access to significant portions of the 2.3 and 3.4 GHz bands following a year-long consultation — a rule making proceeding — that involved the release by the Ministry of Defence of 40 MHz of spectrum at 2.3 GHz and 150 MHz of spectrum at 3.4 GHz. Amateur Radio was secondary on both bands.

“We expect the award frequencies to be of interest to mobile network operators (MNOs) and others involved with mobile broadband, ” Ofcom said in its document released on October 26. “The particular characteristics of the spectrum to be released, in terms of propagation and the penetration of signals, make it especially suitable for the latest long-term evolution (LTE) mobile technologies.”

Amateur Radio lost privileges on frequencies in the two bands that overlapped with the 190 MHz of spectrum that Ofcom now has put on the block — 2350 to 2390 MHz and 3410 to 3475 MHz. Amateur Radio will retain access to the adjacent bands, but Ofcom has put procedures in place to remove even those frequencies from Amateur Radio access, if necessary in the future.

Ofcom said in 2014 that, with military and other government use of the 2.3 and 3.4 GHz spectrum ending, it believed that “an award of the spectrum for high power use is likely to deliver greater benefit to UK consumers and citizens than continued amateur use.”

The MoD plan is part of a government commitment to release 500 MHz of spectrum by 2020 for new civil uses “based on growing demand from UK consumers for spectrum-hungry devices such as smartphones and tablets.”