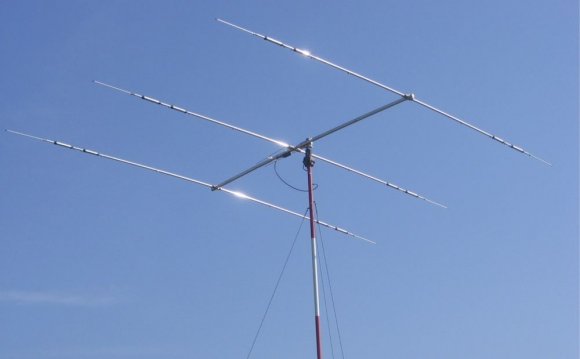 The Sentinel series single band hex beam consists of two elements. The driven element is in the shape of an “W” and the reflector element is wrapped around the four spreaders to the back. The elements, instead of using tubes we use wire.

It took us three years, but we’ve designed the lightest, most versatile, performance oriented, and least expensive Hex Beam on the open market. Built from hand selected components for optimum performance, low SWR and elevated gain with optimum take-off and reception, the Sentinel Hex Beam stands alone in performance and price comparability. Made in the USA, the Sentinel Hex Beam series of Amateur radio antennas are built to stay together; providing you years of solid operation on the band(s) of your choice, in any weather conditions. You’ll be amazed as the difference when you put a Sentinel in, and on, the air. Punching through has never been easier with a Sentinel. Our Hex Beams take radio operation, and communication, to the next level.

You’ll be amazed at what a wire antenna can really do when you purchase a Sentinel Hex Beam Antenna.

The Sentinel is designed from the ground up. All parts that go in making the hexagonal beam antenna are specifically crafted for each function. Every antenna is hand crafted and easy to assemble. All elements are premeasured and normally ready to use.