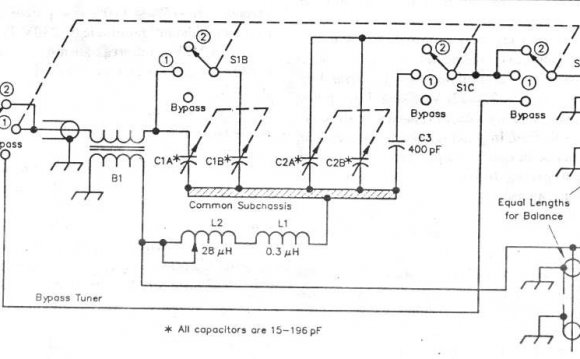 From 2009-2010, Make: had the pleasure of hosting a series of ham radio articles by fashion designer, hardware hacker, and ham radio enthusiast, Diana Eng. You may also remember Diana from season 2 of Project Runway. Besides writing ham radio how-tos, she also wrote about the ham scene in general, high-tech fashion, and even how to make a Bluetooth-based Star Trek Communicator. Here are five of Diana’s best radio project posts. Some of the technology may have changed in the past five years, but the amateur radio world doesn’t move nearly as fast as the computers, so these pieces are still relevant to today’s budding ham.

Diana runs through the basics of how to set up a traditional high frequency (HF) amateur radio station at home. Link: Setting Up a Ham Radio Shack

Communicate with satellites in space with this portable Yagi antenna. In this project, Diana shows you how to basically sew a Yagi-type antenna into a roll-up nylon canvas satchel that you can carry to any listening post. Link: Collapsible Fabric Yagi Antenna

Setting Up an HF Portable Radio While Hiking

Carry a complete radio shack on your back with this tutorial on how to get hammy on a hike. Link: How-To: Set Up an HF Portable Radio While Hiking

How to Catch a Satellite

Diana writes: “My favorite ham activity is making contacts via satellites. Not only is there the romantic notion of sending messages into outer space, but you have to trace the orbit of the satellite with your antenna while tuning the radio, to compensate for the Doppler effect.” Link: Catching Satellites on Ham Radio

Diana shows you how to make your own End-Fed Half-Wavelength Antenna (EFHWA) for portable ham operations. Link: How-To: Make a Multiband EFHWA for Amateur Ham Radio