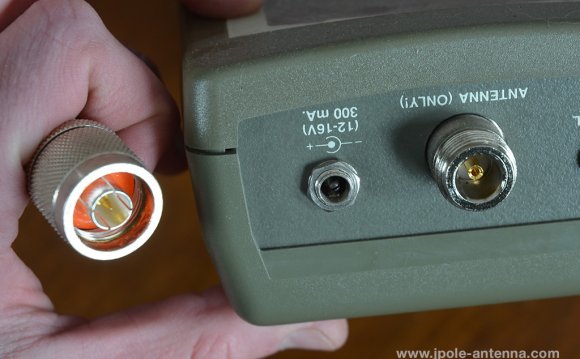 First, we should note the difference between antennas, masts and towers. A mast or tower is simply the thing that holds the antenna up off the ground. Masts are usually metal, but under unusual circumstances they might be made of wood or other substances. In FM broadcast, the antenna is usually mounted to the mast near the top. A mast is generally a single piece of pipe, while a tower is a set of interlocking pipes (typically in a triangular configuration) which can be much taller.

One thing that may be confusing is that in AM broadcasting, the antenna and the tower are the same thing - this is because AM wavelengths are so big that they require an antenna the size of an entire tower - so the solution is just to use a metal tower as the radiator. For FM broadcast, the wavelenths are only about ten feet, meaning the antenna can be much smaller. In FM broadcast the only reason to get so tall is so that the antenna radiates from a high up point that has line of sight to more of the terrain around the radio transmitter.

Caution: Starting Small Is Better Than Not Starting!

I know many stations that founder because they wait to build the tallest thing possible to start. In many cases, I encourage groups to go ahead and put up a short pole now, and wait for the big tall tower until later. A very tall tower built from scratch can cost many tens of thousands of dollars and cause many zoning delays.

At Prometheus, we approach the task of getting the antenna high up like community organizers. If, like many of these stations, you have a small core group and not much money, a tower can be a very daunting task. We think it is best to put something quick up with the small resources that the few of you can muster, gain the support of the community and get everyone started doing their show, and then you will have a much larger group to work together to tackle the task of building the tower.

If you are clearing the rooftops of most other buildings around you by at least 20 feet, you will go farther than you expect. That may be enough to get you going and to pull your community in the doors, and you will be amazed by what they might come up with that can save you a lot of headaches!

A few words about limitations on antennas:

Antennas are deceptively simple. On the one hand, an antenna is just a hunk of metal. They are usually somewhere between two and fifteen feet long and two to 6 feet wide on the FM band. On the other hand, they are sort of complicated. They are picky about where they are placed, and what is near them. In radio, everything is different from how regular electricity works. For instance, if you wanted to plug in a lightbulb at the top of a pole, it would not matter if you had a hundred foot extension coiled up for fifty feet and laying in a pile at the basis of the pole. But with radio, that could totally ruin your signal. The elements of an antenna and the transmission line that feeds it need to have a very particular geometry in order to prevent reflections and radiate properly.

An FM antenna should be at least one wavelength (about 12 feet) away from any other obstruction. FCC rules require that a transmitter radiating a hundred watts ERP be at least 13.5 feet away from where anyone hangs out for more than a few minutes at a time.