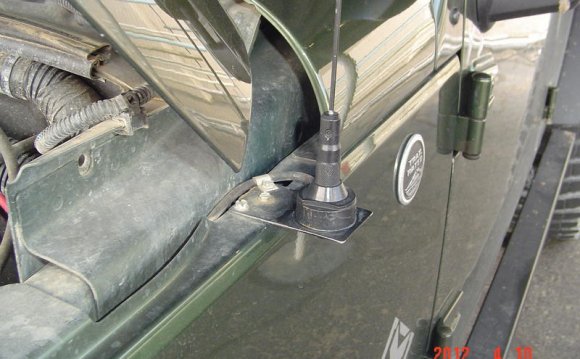 Going mobile. Yea, that’s a great idea! Installing a ham radio mobile station in an automobile is often the next step for many hams following the establishment of a home station or perhaps as the upgrade from an HT. A ham radio mobile installation greatly expands the utility of amateur radio and increases the opportunity of time to get on the air. [

A ham radio mobile installation also presents some unique and sometimes vexing challenges for the operator to overcome. Just consider it yet another opportunity to learn and to expand your growing ham knowledge!

Let me state from the git-go that there are probably a million feasible different ham radio mobile equipment combinations, installation methods, and techniques for achieving a well performing mobile station in your vehicle. But no matter your individual selection of transceivers, antennas, mounting methods, coaxial cable routing, operating bands, and other factors, some common tenets of mobile installations apply and help to avoid or reduce problems that are inherent in the mobile environment. In this article I’ll describe just one of countless possible installations, but I will introduce some of the universal tenets that can help you succeed with your own mobile station.

The initial goals for the example ham radio mobile installation in my Toyota Tacoma truck that I’ll describe were:

Much like antennas, every ham radio mobile station is a compromise, but I came close enough to achieving the goals above to be happy. Let’s start our look at mobile installing with a generic big picture block diagram of a mobile station.

The transceiver(s) and related components such as an antenna tuner usually reside within the passenger cabin. A ham radio mobile transceiver may be a single contiguous unit or it may have a detachable control head, allowing the bulk of the radio chassis to reside out of sight, perhaps under a seat or in a stowage compartment.

The power leads will be routed into the engine compartment to the car battery, while coaxial cable will be routed out to the antenna attachment locations on the exterior of the vehicle. A mobile station installation will require careful planning and component selection to ensure a well-integrated system that suits your needs and meets your mobile operating goals.

Let’s consider the various station components depicted in the block diagram and cover some installation fundamentals, tips, and recommendations for each.

The Transceiver: Besides your budget, your selection of a transceiver will be driven in large part by the bands on which you wish to operate. While variations exist, mobile transceivers tend to follow one of three primary styles:

Most hams like to have VHF and/or UHF FM capability on the road in order to use local area repeaters and simplex. With that assumption, the decision then turns to whether or not you want to have HF mobile, too. If you do want to reach out to greater distances with single sideband using the ionospheric skip provided by HF, the decision tree then branches to one of these two common transceiver arrangements:

Decide whether you want HF in addition to VHF and/or UHF. If you do, select an ‘all mode, all band, ’ transceiver or separate transceivers.

How To Install A NMO Ham Radio Mobile Antenna Mount