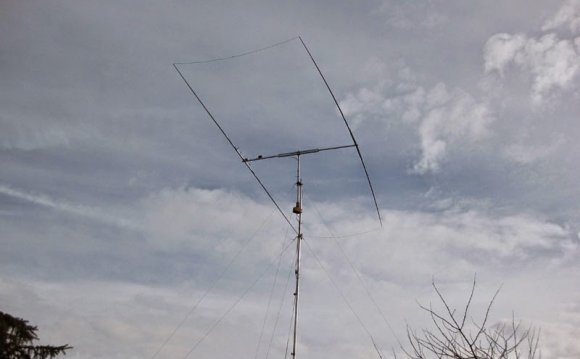 The Federal Communications Commission (FCC) approves the licenses that grant amatuer radio enthusiasts the legal authority to transmit radio waves for personal use. Non-commercial applications of amatuer radio wave transmission include: organization during emergencies and providing communication channels for people to interact throughout the world. The origination of the term "ham" has been lost over the years, but many amatuer radio enthusiasts believe the term refers to amatuer. While ham radios have advanced technologically, especially since the 1980s, a ham radio’s quality is largely determined by what type of antenna an operator uses to transmit and receive radio signals.

The birth of ham radio is associated with the experimentation performed by inventors at the turn of the 20th century. After the Titanic sank in 1912, the United States Congress passed a law that restricted radio wavelengths to shorter than 200 meters, thus rendering radio transmissions ineffective. The number of amatuer radio enthusiasts in America was estimated to have declined by 88 percent. After new laws loosened the restrictions, the number of ham radio operators began to rise, only to fall again during both World Wars. Amatuer radio operators contributed to the development of automated message systems and packet radio transmissions, which allowed the hobby to become a practical way for people to communicate during and after disasters. In 2006, the FCC eliminated Morse code testing requirements for all American amatuer radio license applicants, which once again increased the number of amatuer radio enthuisasts.

Choosing a ham radio antenna depends on five factors. The weight given to each factor ultimately determines what antenna an operator may purchase.

Operating a ham radio can be an expensive proposition, from paying for licensing examinations to purchasing a ham radio. However, purchasing the antenna is where operators feel the greatest financial pinch. Operators have to decide whether to invest in a commercially made ham radio antenna or buy the parts to build their own antenna. Either way, cost plays a huge role in determining what type of antenna an operator buys.

Ham radio antennas must be able to withstand weather elements. Ice, wind, lightning, and intense heat can negatively affect a ham radio antenna’s lifespan. Operators who live in areas that experience extreme weather conditions may want to place durability at the top of their ham radio antenna criteria lists.

Ham radio operators have to decide if they want to transmit and receive radio signals from all over the world or just from neighboring counties. They must determine how much interference they are willing to tolerate. Security is an important aspect of performance, since crowded frequencies can allow someone to eavesdrop on conversations.