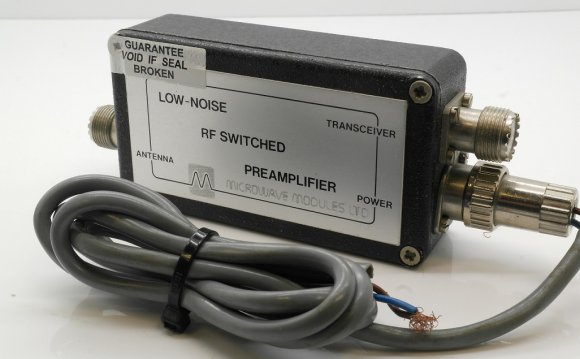 Microwave and weak signal communications provide capabilities that are unmatched in amateur radio. To start, a few definitions...

Microwave: In amateur radio, generally the frequencies above 902 MHz.

Operations can be challenging, fun, and very rewarding. While NTMS focuses on promoting microwave, our members heavily use weak signal communications on the 50, 144, 222, and 432 MHz bands. There is much life outside of FM repeaters on VHF, UHF, and up. Let's look at a couple of misconceptions about the bands above 50 MHz.

VHF and up are line of sight only.

Oh my is this incorrect. Only a modest setup is required to do 150+ miles any time day or night especially on the 144 MHz, 222MHz, and 432MHz bands. Very often, in North Texas, the band will with enhanced propagation which allow even greater distances. Several times per year, it is possible to communicate from North Texas to Louisiana, Mississippi, Alabama, Georgia, and Florida. Once in a while, a massive opening occurs (last example September 2003) where contacts were made up toward all of New England. These openings enhance propagation from all bands from 50MHz through at least 24 GHz. Other modes, such as "E-skip" allow us to contact the west coast, Mexico, Canada, and beyond on 50MHz and 144 MHz.

More interesting effects are seen during the mornings at 902 MHz and up. Making 200+ mile contacts with 1W to a 2' dish at 10 GHz can probably done more mornings than not. If thunderstorms are around, why not choose rainscatter as a propagation mode? As more people discover microwave and weak signal, it is becoming easier and easier to communicate and new modes of propagation are being discovered.

Like anything, if you know where to look, adding a microwave band to your station is often no more expensive than purchasing a basic FM mobile transceiver. Often, surplus material is available free of charge. With the right guidance, from the club, you too can learn the secrets of scrounging and using what is available.

Here are but a few examples:

The only limit is the imagination. Who would have knew that the big orange or blue home improvement stores were a place to purchase microwave equipment?

The last couple of years have seen some significant breakthrough with extremely weak signal communications. Joe Taylor, K1JT, as come up with a few modes integrating radios and computers to provide reliable communications on signals so weak that we humans can't even hear. See our knowledge base for more. Ever considered using an airplane 200 miles away at 31, 000 feet to contact another station 400 miles away? JT-44 and JT-65 make this possible with reasonable power levels. That not unique enough? Just use WSJT to bounce your signals off of the ionized trails of dust as tiny meteorites enter the earth's atmosphere.

Amateur radio operators have the ability to take any modify high speed data technologies, such as 802.11 and adapt them to use.

There are a number of operating awards available to the user for making contacts with as many 2 degree by 1 degree as possible. Its likened to DXCC on HF but called the . Often times, our members will take a trip to a remote site to activate grids. Whether complimenting a camping trip, enjoying the outdoors, or in our homes, we microwavers enjoy extending the limits of what is possible.

Traditionally, VHF and UHF SSB (single sideband) has not been utilized for regional communications. We are hoping to open the eyes of those involved in emergency communications to well established means such as VHF SSB to facility communications. There are dozens of stations in the DFW area alone that can easily and reliably contact most other major Texas areas...and with much reduced impacts from thunderstorm static crashes. Stations may be small and quickly set up. We don't even need trees to hang antennas. Just put us on a hill or building and we're there. As part of emergency communications, all options should be analyzed for use. VHF and up methods often fit where other methods do not.

Amateurs are just now starting to embrace high speed data. The Hinternet (Ham Internet) allows for networking via ham radio. From streaming video to APRS on steroids to instant messaging, think of it as your own private, amateur data network. Frequencies too crowded on the 802.11 bands...not to worry...our microwave spectrum has much room to grow...and we have much higher power limits than part 15 devices! We just have ensure that we use it! Amateurs may use any size antenna they wish and have increased power limitations so long as they comply with the rules of Part 97. It is possible to create an entire amateur-only mobile data network just as repeaters cover us for voice today. There are members of the club interested in this activity and are deploying solutions.