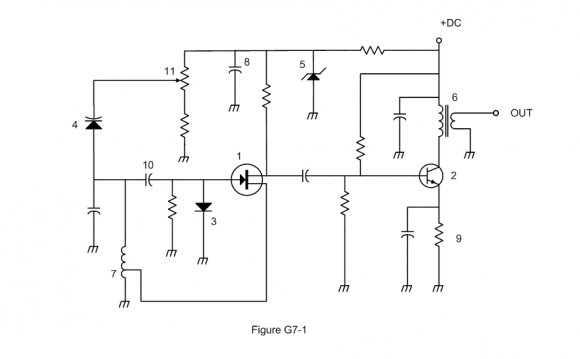 There are actually still six license classes, but as of April 15, 2000 you can only apply for three of them. These three are the Technician, General and Extra Class. Effective February 23, 2007 all Morse Code testing was eliminated from amateur license examinations.

Almost all radio amateurs begin their ham career as a "Tech." The privileges of a Technician Class operator license include operating stations while transmitting on channels in any of 17 frequency bands above 50 MHz with up to 1, 500 watts power. It also allows access to the two most popular ham bands, 2 meters and 70 cm ...otherwise known as "450" (MHz.). To pass the Technician Class examination, at least 26 multiple choice questions from a 35 question written examination must be answered correctly.

There are a total of 394 possible questions in the pool from which these 35 questions are drawn for the exam. All questions in the various question banks are known and widely published. There are no secret questions. The Technician Class is the most popular license with about one-third of all radio amateurs holding this license class.

Technician Plus Study Materials
The next step used to be called the "Technician Plus" class. This level was eliminated as a separate operator class on April 15, 2000 - but not the privileges. A Technician Class operator who passed the 5 words-per-minute Morse code (Element 1) exam received CW (telegraphy) and 10-meter voice privileges in four long distance short-wave bands in the HF range (3-30 MHz), the same as the Tech Plus operator did previously but they do not get issued another license. Their authorization to operate on four CW bands below 30 MHz is conferred by the Certificate of Successful Completion of Examination (CSCE) issued by the VE (examining) team.

And like the Novice and Advanced Class, operators who held a Tech Plus license on April 15, 2000 may modify their license (change their address, call sign or name) indefinitely. Their new modified Tech Plus license will still show the Tech Plus Class when it arrives.

But (unlike Novice and Advanced Class operators) Tech Plus licensees who renew their licenses will be issued a Technician Class license. Again, it still authorizes HF privileges just as the Tech Plus license did previously. Their authorization to operate on four CW bands below 30 MHz and 10-meter voice segment is conferred by the:

(1.) Certificate of Successful Completion of Examination (CSCE) previously issued by the VE (examining) team or
(2.) a previous copy of your Tech Plus license.

General Study Materials
The General Class is the second most popular ham class. About a fourth of all ham operators hold this class. The General Class operator license carries all mode privileges in at least portions of all 27 bands. Of particular importance is access to the world-wide 20 and 40 meter ham bands. Upon accreditation by a volunteer-examiner coordinator (VEC), a General Class license holder may help administer certain examinations (Element 2 only) or even establish their own testing team.

In addition to the above (Element 2 Technician, the applicant must pass another 35 question examination (General Element 3). Twenty-six correctly answered questions is the minimum passing score.