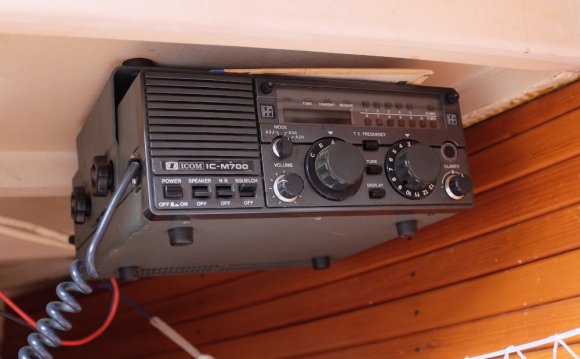 A common question that is asked is, “Why do amateur radio operators need to get a license?” To answer this question, let’s consider two of the more common U.S. radio services for which you don’t need a license. In order for these services to be available to the general public, the FCC requires manufacturers of such radios to follow very specific rules on design, restrictions on power, and the pre-approved frequencies they can operate on.

Think about the typical Family Radio Service walkie-talkie that you can buy in any general merchandise store. In particular, an FRS radio is limited to half a watt of power and can only be used on 14 very specific frequencies (channels). You can’t open it up and amplify its signal, or else it wouldn’t be a legal FRS radio anymore.

(One note on those radios…some advertise an extended range of 10 miles or so. That’s if you use it on the General Mobile Radio Service (GMRS) frequencies (which overlap those of the FRS), on high power. Did you know that you need a license for GMRS if you use it at high power?)

The same, to a different extent, applies to citizens’ band (CB) radio in the United States, which also doesn’t require a license. CB radio is limited to 12 watts on 40 channels. And again, if you amplify the signal, the FCC might come knocking on your door.

Amateur radio opens up these boundaries considerably. When you first become a ham in the United States by passing the Technician class exam, you are given full access to 17 bands of frequencies about 30 MHz, ranging from just above shortwave to microwaves. (Yes, you heard right. Microwaves.) With the proper equipment you can receive or transmit at any frequency within these amateur bands. (Channels? We don’t need no stinkin’ channels.) Pass the General class exam, and you receive large portions of the ten high-frequency (shortwave) bands in which you can talk with the world – some part of every amateur band is represented in the General class privileges. And master the Amateur Extra exam, and you have an all-access pass to the entire amateur radio spectrum.

And power limits are higher – in many bands you can use up to 1500 watts. A caveat, however: You are expected to use just enough power to make the contact. Using a full 1500 watts to talk with your neighbor up the street is overkill in the worst way. On the HF/shortwave bands, even 100 watts is enough for many people to talk halfway around the world, under the right conditions. Not to mention that using that much power has its own risks. But if you need that extra bit of power to make the contact, in most cases you have that ability.

That’s not all. As a ham, you are allowed to build your own equipment and antennas, and modify existing equipment, as long as you stay within the ham bands and meet FCC design specifications. In fact, many hams do just that – they’ll rehabilitate old radios, and even build radios from scratch from parts.

With this greater latitude comes greater responsibility, however. Handling radio waves carelessly can cause interference to others, damage to your equipment, and maybe injury to yourself. (Especially microwaves. You really don’t want to cook yourself.) You need to learn the rules of the road…basic electronic principles behind radio waves, how they’re generated, radio propagation, dealing with interference, and safety. That’s why you need a license to get into the Amateur Radio Service. That way, hams know that their comrades-in-arms have the basic knowledge and skill to handle radio waves safely.