Where to buy Ham Radio equipment? 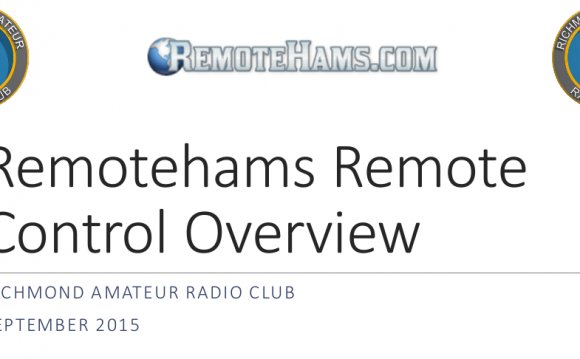 Ham (or amateur) radio has been a popular hobby for generations, dating back to the very earliest days of wireless.. It is one of the few hobbies that still requires government licensing, with hobbyists taking a series of tests to get access to more of the radio spectrum. Ham radios differ from most other widely available radios in both power and frequency. Licensed ham radio operators can transmit much more powerful signals than people using unlicensed equipment, such as citizens’ band radios and walkie - talkies.. A few reasons why amateur radio is so popular are that it can provide world-wide communications and (because it does not rely on any pre-existing infrastructure) it can provide vital services in an emergency. Because of the need for licensing and specialized equipment it can be difficult for interested hobbyists to find the tools and materials they need from local brick-and-mortar retailers. Thankfully, these hobbyists can find and purchase a wide variety of ham radio equipment on eBay.

Amateur radio goes back almost as far as the invention of radio. The first real hobbyist radio users, as opposed to experimenters and entrepreneurs, started to make their way onto the scene around 1908. It was also around this time that the term "ham" started to be used, originally carrying the negative meaning it had always carried among telegraph operators. Radio professionals, particularly those at sea, used the term to disparage amateurs who were often drowning out important messages with powerful signals. Those same amateurs took the name and owned it to the point that the negative connotations have been largely forgotten.

After the sinking of R.M.S. Titanic in 1912, new laws were passed regulating amateur radio for the first time, cutting the number of stations by almost 90 percent, from approximately 10, 000 to about 1, 200. Private radio usage ceased entirely in 1917 when the U.S. entered World War I, only to reappear after the war in 1919. Amateur radio continued to grow during the interwar years, ceasing again with the U.S. entry into World War II. After the war, the amateur radio returned, with the basics of a modern license system being introduced in 1951.

Practicing amateur radio in the U.S. required licensing for a very long time, with the most recent change of any significance being the final abolition of any Morse Code requirement in 2007, which was made possible by the end of the treaty requirement that access to high-frequency, or HF, bands be limited to those who had demonstrated facility with code. Currently the U.S. recognizes five domestic amateur radio license types and continues to issue three. Those who hold license types that are no longer issued retain their operating privileges, but all new licensees must apply for and obtain one of the currently available licenses and abide by their restrictions.

The following table shows the currently recognized licenses and their status:

This license has not been available since 2000, but existing Novice license holders retain their privileges and can continue to renew these licenses. Novice holders were required to pass the Novice written exam and be able to send Morse Code at five words per minute. This gave them very limited access to both the HF (high frequency) and VHF (very high frequency) bands.

General license holders have to pass both the technician and general exams, which grants them additional frequency privileges over and above those possessed by Novice and Technician License holders. Prior to 2000, they were required to demonstrate proficiency with Morse Code at 13 words per minute, a requirement that was relaxed to five words per minute in 2000 and eliminated in 2007.

Advanced operators had to meet all the pre-2000 General requirements, including the 13 word per minute Morse Code proficiency as well as pass an additional exam in order to gain additional frequency privileges. Current holders of this license can continue to renew it, but no new Advanced licenses are being issued, and the exam has been retired.

Amateur Extra license holders have all authorized amateur radio privileges and are required to take the Extra exam, which includes material that was previously included in the Advanced Exam. As with all other classes, they do not require any knowledge of Morse Code, but they were required to perform at 20 words per minute before 2000, and 13 words per minute after that, until the requirement was dropped in 2007.

As can be seen from the table, it is a simple policy of graduated licensing, with additional frequency privileges being granted to those who can pass ever more difficult and comprehensive exams. None of these licenses are required to purchase ham radio equipment, but they are required for anyone looking to transmit radio signals. Licensing information is important for any buyer of ham radio equipment who intends to actually practice the hobby.

Different users have different needs, and this holds as true for ham radio as for anything else. One user may want a base station for use in the home, while another may want a portable or even hand-held radio for personal or emergency communication, while a third may want a unit they can put in a vehicle. The following table lists the basic options.

How to build FM Radio Station with FM transmitter in 15 ...