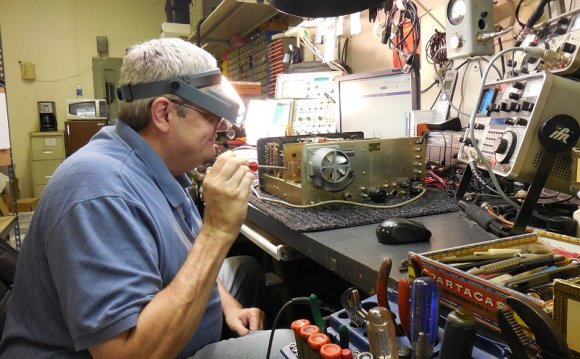 As of April 15, 2000, there are three classes of amateur radio licenses currently being issued to individual operators by the Federal Communications Commission for the United States Amateur Radio Service. There are also two other grandfathered license classes (Novice and Advanced) that are no longer being issued, but are still valid. Each class has a set of operating privileges. Generally speaking, higher license classes confer greater privileges in the HF, or high frequency, bands. Long distance communications are characteristic of the HF bands, because at those frequencies, radio signals can be refracted downward by the earth's ionosphere — in effect, bouncing between the sky and the ground over great distances.

The class of license issued is determined by the examinations passed by the applicant. Multiple-choice written examinations cover radio and electronics theory, operating practices, and the amateur radio rules and regulations. Prior to the World Radiocommunication Conference of 2003, an international agreement dictated that operating privileges in the HF bands could only be conferred upon hams who had demonstrated proficiency in the Morse code. Effective February 23, 2007, the FCC eliminated all requirements for Morse code testing to qualify for amateur radio licenses. Licenses are granted for ten year terms, and are renewable.

The license classes are:

How to get an Amateur radio license

I passed my advanced license :-)