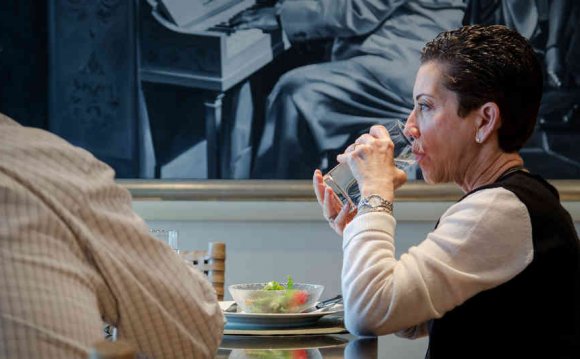 Modern technology has made it possible to call someone on the other side of the planet in a matter of seconds and hear them perfectly. Phone and Internet lines provide a valuable resource for communication, but it’s easy to forget that if a line is cut or damaged, those resources disappear. Fortunately, there are still ways to get messages across. One method doubles as a popular hobby that many people may have never heard of.

What Is Amateur Radio?

Amateur radio (affectionately called “ham radio” by its fans) is a hobby in which members can call each other through home or club radio sets. In much the same way that the Federal Communications Commission has approved certain radio frequencies for commercial broadcasting, a portion of the radio frequencies has been set aside exclusively for amateur radio communications. The majority of amateur radio is recreational, and “ham” operators are able to enjoy talking to other members in their community or around the world. However, in emergency situations, such as a hurricane or natural disaster, ham radio operators may volunteer for rescue and response coordination. Amateur radio works through the use of radio towers, so even if phone lines and Internet communication are disrupted, amateur radio remains a reliable method of communication.

The History of Hamming

When Guglielmo Marconi demonstrated that communications could be sent via radio waves in the 1890s, both governments and citizens immediately began to experiment with the technology. “Amateur” radio sets were built and used by schoolchildren and businessmen alike. The U.S. Congress limited these transmissions with the Radio Act of 1912, restricting unofficial radio calls to short-wave frequencies (those higher than 1500 kHz). In 1914, Hiram Maxim founded the American Radio Relay League (ARRL) to help coordinate those still engaging in the hobby. Unfortunately, amateur radio had to pause from 1917 to 1919 because of the security risks posed by World War I. This precaution was repeated during World War II, and it wasn’t until the 1950s and ’60s that amateur radio could develop freely. Today, amateur radio operators are assigned official call signs for identification and operate under the regulations of the ARRL.

There are several different kinds of amateur radio licenses available. A Technician license grants the operator the most basic operating privileges in the United States, and it is a prerequisite for the General class and Amateur Extra class licenses. In the late 1900s, all amateur radio operators were required to learn Morse code before they could be licensed. The requirement was discontinued in 2007, but many ham operators still encourage learning the skill.

Once licensed, amateur radio operators are free to call friends on the radio, join a local club, and participate in club events. One of the most popular events is called a fox hunt. The “fox” is a hidden radio transmitter that can be remotely or manually operated. The “hounds” are fellow amateur operators, and they use different techniques to find out which direction the fox is transmitting from. The first hound to find the fox may be awarded a small prize, but as with any game, it’s the actual hunt that holds the most appeal.

Ham Radio vs. the Future

Amateur radio has been criticized as antiquated and difficult to get into. The irony is that with modern developments in Internet and satellite technology, ham radio is one of the most reliable and accessible ways to call people all around the world. It’s even possible to chat with astronauts on the International Space Station, since it’s equipped with a ham radio set. Amateur radio may not be a mainstream hobby, but it’s certainly one of the most exciting to experience.

GMRS licensing for your Two-Way Radio

How much does HAM radio cost? (KF5ZPD)