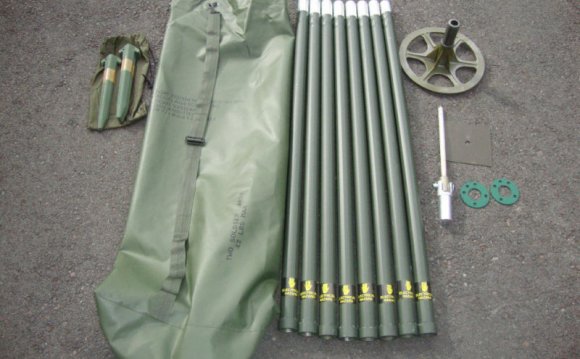 After working on over 150 amateur radio tower and antenna systems over the last 15 years, I have seen many problems and failures that could have, and should have, been avoided. By avoiding making these mistakes, you can make your tower and antenna system safer and more reliable. It'll even let you sleep nights better when that big storm blows through. 1. Not following the manufacturer's specifications Commercially manufactured towers have to comply with current standards for wind loading and structural integrity. Licensed Professional Engineers (PE's) design the towers and make the calculations to make them safe. If you don't follow their specs at a minimum, the tower will not take the stresses and loads that it is subject to. In other words, it'll probably fail. One of the immutable laws of antenna and tower construction is the LXC Prime Directive - "DO what the manufacturer says". Violation of this rule could be catastrophic. The inverse of this law is DON'T DO what the manufacturer DOESN'T SAY. In other words, don't invent something that the manufacturer hasn't intended. Here are a couple of examples. A ham was installing a KLM antenna that used the Lexan element brackets. After final assembly, he spray-painted the whole antenna with clear Krylon spray paint. Why? Because he always did that to protect his antennas. Unfortunately the Krylon reacted with the Lexan in the boom-to-element brackets and cracked all of them. Did the manufacturer say to do that? No. Here's another. Another amateur taped the bottom of the turnbuckles on the anchor end of his tower guy wires. Over time, the tape trapped water that eventually rusted the turnbuckle and he couldn't see it because it was covered up by the tape. All it took was a medium-sized windstorm to break the turnbuckle and have the tower fail. Did the manufacturer say to tape the turnbuckles? No. Not only did he do something the manufacturer didn't specify, but he also violated Mistake #8 below - Not doing an annual inspection. 2. Overloading This is the most common reason for amateur tower failure. The first thing you need to know to plan and build a tower and antenna system is what the wind speed rating for your county is. Next, you need the manufacturer's specifications for that wind speed. Then you must not exceed the wind load rating based on those factors. This is even more important for crank-up towers. Refer also to number 1. Let's face it, many amateurs overload their towers and get away with it. I've seen tower installations that have violated just about every one of the ten mistakes and their installation has been up for 20 years. Why is that? First of all the manufacturers have built in some amount of engineering overhead - sometimes 30 to 50%. And sometimes the tower is actually stronger than the engineer's specs. This over-engineering is done to increase long-term reliability, not to let you put more antennas on it. Another reason is that it might be sheer luck - after all, every time you speed you don't get a speeding ticket do you? Whatever the reason, it's NEVER a good idea to overload anything. If in doubt, err on the side of conservatism - you'll never regret it. 3. Underestimating wind forces Wind pressure on a tower and antenna system can be tremendous. Unless you've been up on a tower during a windstorm to feel the pressure and the forces, it's difficult to appreciate how significant they are. Increases in wind pressure are not linear; wind loading goes up as the CUBE of wind speed. An increase of 10 MPH in wind speed can increase the wind force by almost 50% in some cases (see Chart 1). 4. Not building to the wind speed rating for the county While many counties, and even whole states, in the US are only rated for 70 MPH winds (the minimum rating), many other counties have ratings much higher, up to 115 MPH for Dade and Broward in Florida for example. Find out what the wind speed rating is for your county, or your specific location and use that as the minimum design parameter for your tower and antenna system. 5. Using the wrong mast for the job This is an all too common failure. Stacks of medium to large sized HF beams can put huge stresses on your mast. There are two materials available - pipe and tubing. Pipe is designed to transport liquids and is not rated for strength. It's fine for small installations where you don't have much wind speed or loading or when there is only one antenna at the top of the tower. Tubing is carbon alloy steel, IS rated for strength and is the preferred material. What you're interested in is the yield strength. For instance, with a Cushcraft 402CD 10 feet up the mast, a TH11DX 6 inches above the top of the tower and a 70 MPH wind speed, the bending moment is 18, 218 in-lbs and you'll need a 2" mast with a yield strength of 42, 000 psi and a wall thickness of 0.188 inches. An aluminum mast of 6061-T6 isn't suitable because its yield strength is only 35, 000 psi so you need to look at something like SAE 1026 tubing that has a yield of approximately 65, 000 psi. Obviously for taller masts, bigger loads or higher wind speeds you'll need a bigger...