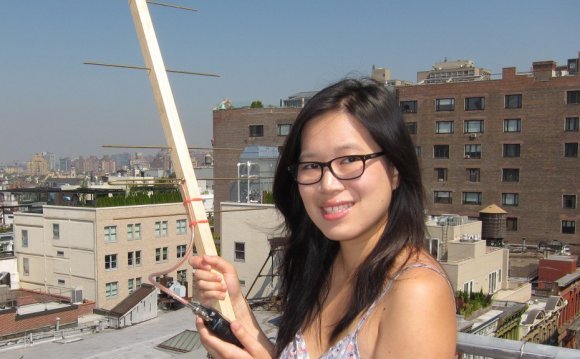 The simplest wire antenna for ham radio is a dipole, which is a piece of wire cut in the middle and attached to a feed line. The dipole gives much better performance than you may expect from such a simple antenna. To construct a dipole, use 10- to 18-gauge copper wire. It can be stranded or solid, bare or insulated.

While you’ll often see the formula for dipole length given as 468/f, the building process is a lot more reliable if you begin with a bit longer antenna and make one or two tuning adjustments. Start with an antenna length of

You can follow the same steps for most simple wire antennas; just vary the lengths.

Most simple wire antennas cost only a few dollars and can be built and installed in an afternoon. There’s a special sense of satisfaction in making contacts via antennas that you built yourself.

You can connect the dipole directly to the transmitter with coaxial cable and use the dipole on the band at which it’s ¼ wavelength long or any odd number of ½ wavelengths. A dipole tuned for 7 MHz, for example, works reasonably well on the 21 MHz band, too, where it’s approximately 3 ½ wavelengths long.

Other common and simple wire antenna designs include

For more information on these and many other antennas you can build, check out some of the references listed in Appendix B.

If you don’t have the perfect backyard to construct the antenna of your dreams, don’t be afraid to experiment. Get an antenna tuner (or use the one in your radio), and put up whatever you can. You can even bend wires or arrange them at strange angles. Antennas want to work!