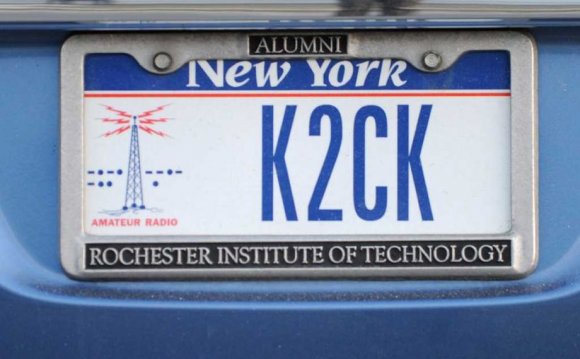 ARRL 600 Meter Experiment Coordinator Fritz Raab, W1FR, said the mission of the multi-station experimental operation “has actually been accomplished, ” but since the US still has no medium-frequency (MF) Amateur Service allocation, he believes the Experimental license ought to be renewed. Raab commented in his most recent quarterly status report on the experiment, prepared with John Langridge KB5NJD, and Warren Ziegler, K2ORS. The interim report said the WD2XSH operations have demonstrated that the Amateur Radio community is interested in MF operation.

“Amateurs with ordinary facilities can use the band; exotic antennas are not required, ” the report said, adding “QSOs from 500 to 1000 miles are routinely achieved, and longer distances are possible.” According to the report, WD2XSH operations continued throughout the winter, although transatlantic reception reports “seem[ed] to be down slightly from the previous winter.”

The FCC has yet to act on the ARRL’s 2012 asking it to create a domestic Amateur Radio allocation at 472-479 kHz, known variously as 600 meters and 630 meters. Delegates to the 2012 World Radiocommunication Conference (WRC-12), approved a 7-kilohertz-wide secondary Amateur Radio allocation at 472-479 kHz, with a power limit of 5 W EIRP (or 1 W EIRP, depending on location). Radio amateurs in Canada and in several other countries already have allocations there. Canadian 630 meter operators held a cross-band event on February 14, listening on 160 and 80 meters for US stations.

The WD2XSH license is set to expire in August, Raab noted in his report. “This is therefore a good time to look at what WD2XSH has accomplished and to consider whether it should be renewed, ” he said.

“Following the WRC-12 decision to create an amateur 630-meter band, most of us expected the FCC to approve access for US amateurs, ” Raab’s report said. “Had this happened, there would not be further need for the WD2XSH license. Over 2 years have passed since the ARRL petitioned the FCC to consider this band, and the FCC does not appear to be in any hurry to do so.”

According to the report, which covered WD2XSH operations through February 28, the experiment also has demonstrated reliable regional ground-wave communication. “This will make possible regional beyond-line-of-sight emergency communications that is available at all times of day and is not subject to whims of the ionosphere, ” the report added.

The report also pointed out that in 179, 000 hours of operation, “there has not been one complaint of harmful interference from either other radio services or utility power-line communications.” The FCC cited concerns about possible interference to utility power-line carrier (PLC) systems in deciding not to adopt its own 2002 proposal for an LF allocation in the vicinity of 137 kHz. The WD2XSH status report noted that the radiated power from some WD2XSH stations and of other experimental stations working at 630 meters, “is well above the 5 W EIRP of the WRC-12 authorization.”

“There are now a number of other experimental licenses for 630 meter operation, and these will continue whether or not WD2XSH is renewed, ” Raab said in his report. He said that in his opinion, the ARRL “should have a continued presence in our quest for a 630 meter amateur band” and recommended renewing the license.