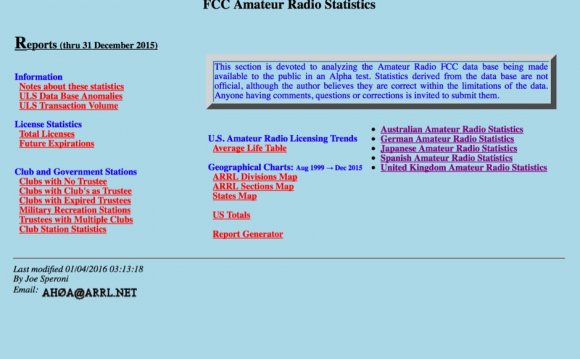 Starting today, February 17, the FCC no longer routinely issues paper license documents to Amateur Radio applicants and licensees. The Commission maintains that the official Amateur Radio license authorization is the electronic record that exists in its Universal Licensing System (ULS), although the FCC had routinely continued to print and mail hard copy licenses until this week.

In mid-December, the FCC adopted final procedures to provide access to official electronic authorizations, as it had in WT Docket 14-161 as part of its “process reform” initiatives. Under the new procedures, licensees will access their current official authorization (“Active” status only) via the ULS License Manager. The FCC will continue to provide paper license documents to all licensees who notify the Commission that they prefer to receive one. Licensees will also be able to print out an official authorization — as well as an unofficial “reference copy” — from the ULS License Manager.

“We find this electronic process will improve efficiency by simplifying access to official authorizations in ULS, shortening the time period between grant of an application and access to the official authorization, and reducing regulatory costs, ” the FCC Wireless Telecommunications Bureau (WTB) said. According to the WTB, the new procedures will save at least $304, 000 a year, including staff expenses.

Amateur Radio to be Highlighted at the 2015 Preparedness ...