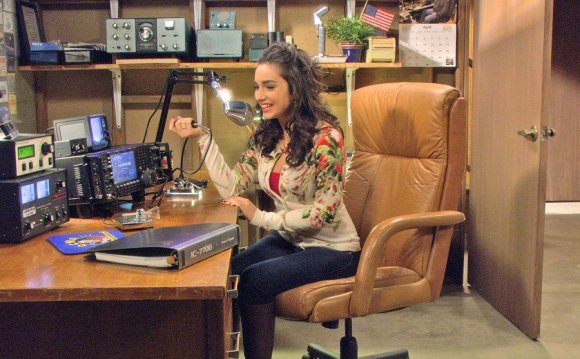 A well-known voice in the Amateur Radio news media has gone silent. Bill Pasternak, WA6ITF, of Santa Clarita, California, died June 11 following a period of ill health. He was 73. Pasternak was co-founder (with Jim Hendershot, WA6VQP) of Amateur Radio Newsline™ (formerly The Westlink Report) ham radio news webcast and a frequent presence at Amateur Radio conventions. Pasternak served as Newsline’s managing editor and occasional newscaster for the program. Even while hospitalized earlier this year, he kept his ear to the ground for news from the Amateur Radio community, so he could pass it along to those who had taken over Newsline during his illness — discovered after he broke two ribs in a fall. ARRL Rocky Mountain Division Director Brian Mileshosky, N5ZGT, got acquainted with Pasternak at the Albuquerque hamfest and in 1997 was named Newsline’s “Young Ham of the Year” (YHOTY).

“An incredible man, ham, and one of Amateur Radio’s too-few giants, who woke up every day to make the hobby better for everyone, especially its legacy — youth, ” Mileshosky said. “I’ve enjoyed the energy he put into keeping hams informed via Newsline, and have been honored to give back to his Newsline Young Ham of the Year Award program, since being asked by him to sit on its judging panel well over a decade ago.”

ARRL Public Relations Committee Chair Katie Allen, WY7YL, said Pasternak would be missed by those within and outside the Amateur Radio community. “He truly was one of the good ones, ” she remarked on Pasternak’s Facebook page. “Thank you for sharing your light with us, Bill.”

A Brooklyn, New York, native, Pasternak became a radio amateur in 1959 as WA2HVK and once was very active on 6 meters. “I love the hands-on approach to ham radio and built my very first transmitter using parts salvaged from an old Dumont television set, ” Pasternak recounted in an online biography. “It was a modification of a design by Bill Orr, W6SAI, published in his famous Novice and Technician Handbook. A crystal-controlled, low-power 6 meter AM transmitter that doubled in the final, was screen grid modulated, and put out almost no output power.”

Pasternak was the spark plug behind the all-volunteer Amateur Radio Newsline bulletin — which was relayed on repeaters around the US and elsewhere — as well as the creator and administrator of the annual YHOTY. He was the author of three books and served as a writer/producer on several educational films and videos, including the award-winning “Amateur Radio Today.” In earlier years, he wrote the “Looking West” column for 73 Amateur Radio Today Magazine for 26 years and penned a “VHF, FM and Repeater” column for WorldRadio. He also contributed to broadcast trade publications as well as to CQ.