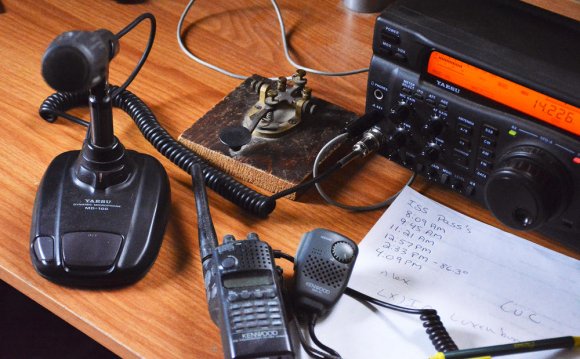 National Weather Service invites hams to event. The sound of Michael Jackson’s “Thriller” filled the conference room at the National Weather Service Office in North Platte on Dec. 4. Meteorologist Bill Taylor laughed and shook his head before walking out of the room. “I told you, ” said Kevin Curtis to Taylor, who apparently didn’t believe that there was an amateur radio station out there playing Michael Jackson.

The sound faded as Larry Petska, of Hershey, turned the radio dial to find something he actually wanted to listen to. It wasn’t music the men were after — it was other weather service offices. Every year, the NWS offices across the country invite ham radio operators in for an event called Skywarn Recognition Day.

Amateur Radio Operators Convert to Digital Television – Part 1. Ham TV has evolved, moving from mechanical scanning to all-electronic operation, then color, and eventually to digital video and most recently, high-definition imaging. And while commercial television entities have routinely spent hundreds of thousands of dollars in retrofitting analog plants for digital broadcasting, hams—being an ingenious and creative lot—have managed to go digital on the cheap.