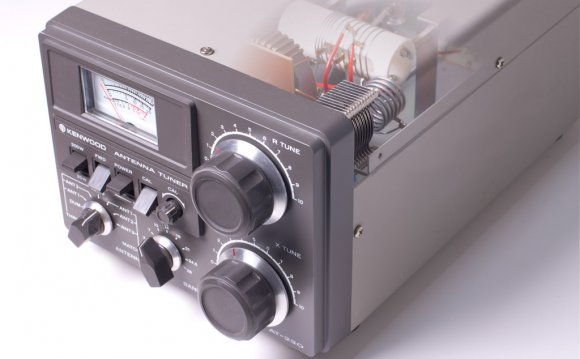 I'm a little confused about how antenna tuners function in terms of reducing antenna system SWR. Is it true that an antenna tuner does not really 'tune' the antenna? And if an antenna is cut to resonance already, what good is a tuner?

Yes, it's true-an antenna tuner doesn't really tune your antenna in the strict sense of the word. It does not, for example, adjust the lengths of your antenna elements, their heights above ground and so on. What an antenna tuner or transmatch does do, however, is transform the impedance at the feed line input to a value that your transceiver can handle (typically 50 Ohm-see Figure 1). When thinking about antenna tuners and SWR, it's important to remember that the tuner has no effect whatsoever on the SWR between itself and the antenna. It's the SWR between the tuner and the transceiver that changes.

In practical terms, all a tuner does is act as a kind of adjustable impedance transformer between the antenna system and the radio. It takes whatever impedance the antenna system presents and attempts to convert it to 50 Ohm-or something reasonably close to that value-for the transceiver. When the transceiver "sees" a 50 Ohm impedance, it is able to load its maximum RF output into the system. That power is transferred through the antenna tuner, to the feed line and, ultimately, to the antenna-minus any losses incurred along the way.

These losses are the reason that the highest efficiency feed-line for each individual case is desirable and why some amateurs use ladder line.

What is the correct way to tune an antenna tuner?

Most antenna tuners have an inductance rotary switch and two capacitors. The capacitors are often labeled ANTENNA and TRANSMITTER. In some antenna tuners the inductance switch is replaced with a continuously variable inductance, popularly known as a roller inductor. Let's assume you're using a tuner with an inductance switch, because they are the most common. Place both capacitor controls at their mid-range positions. Don't trust the knob markers if this is your first experience with the tuner; remove the cover and turn the knobs until the moving capacitor plates are only half meshed with the stationary plates. If the knobs are pointing to half scale, consider yourself lucky. If not, loosen the Allen nuts and rotate the knobs so that they point to mid scale. Replace the tuner cover and you're ready to go.

With your rig set to low power, send an ID then transmit a continuous carrier while you tweak the ANTENNA and TRANSMITTER controls for the lowest reflected power reading with the highest output power as read on the SWR meter. You may find that you have to vary the position of the inductance switch a position or two to get your best match. Be gentle to your radio; keep the key-down periods as short as possible.

Ham Radio Tutorial - How To Use An Antenna Tuner