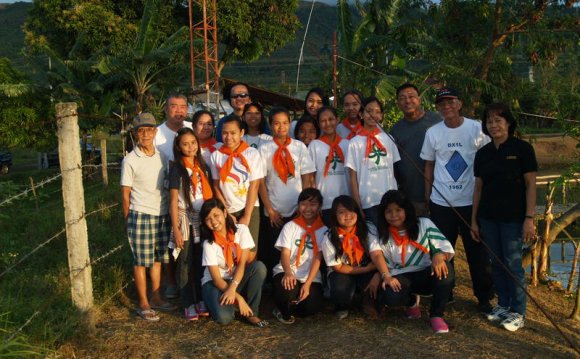 In the devastating aftermath of what some weather experts are calling the most severe typhoon ever, Philippine Amateur Radio volunteers are providing communication support for governmental and relief agencies. In many cases, ham radio is the only communication available, as Typhoon Haiyan — called “Yolanda” in the Philippines — took out the telecommunication infrastructure as well as electrical power over a wide area. Hardest hit was the city of Tacloban, the capital of Leyte province. Officials now anticipate the death toll could rise as high as 10, 000. Another 500, 000 or more have been left homeless — some largely without food and water — awaiting the arrival of outside assistance. Ramon Anquilan, DU1UGZ, of the Philippine Amateur Radio Association (PARA), reports that amid the chaos, Ham Radio Emergency Operations (HERO) stations are helping authorities and residents. He said RADNET (an emergency network) members Nathan Eamiguel, DU5AOK, Vilma Eamiguel, DU5VIE, and the members of their local club are working hard.

“Their HF station is located on the second floor of the Tacloban City Hall, powered by a generator maintained by the local government unit, ” Anquilan said. “Two meter band communication is simplex, because there is no electricity to power their repeater.” He explained that VHF operators are serving as “field personnel” to handle various errands, verifying information and coordinating with other agencies. “The officers led by Nathan, DU5AOK, dispatch their members based on the priority traffic handled by the HF station, ” Anquilan said.

According to DU1UGZ, the Tacloban HERO station was used by the Red Cross to track a relief vehicle to verify the welfare of its volunteers, who had been stopped and ransacked by storm victims impatient for aid to arrive. Other requests for help came from the National Telecommunications Commission (NTC) regional office in Tacloban, which needed hand-held radio capability.

Relief agencies in the Philippines are overwhelmed. The US has sent a cadre of US Marines with relief supplies, and ships carrying more supplies are on the way.

“Basically, the Tacloban and other stations in the disaster areas permit only outbound traffic as priority messages, ” Anquilan explained. “This is a policy decision by NTS Co-Chair Jojo, DU1VHY, and as requested by RADNET. We can classify the messages as follows: ‘We Survived’ messages; institutions/government agency messages to their central or partner offices in Manila, and urgent requests for specific assistance or relief.” He said it takes a minute or two to send each message, depending on band conditions, and the rate of traffic per hour is 40 to 60 messages.

Relief and retrieval operations are moving slowly, and the HERO operations are probably going to remain active for another week. Anquilan said the telecommunications providers have been steadily restoring cellular mobile services, and on November 11 there was intermittent, limited coverage in Tacloban.

“As the primary telecoms services are restored, there will be less reliance on the Amateur radio service in Tacloban, ” Anquilan said. “This will mean a more difficult period, because the remote areas not reached yet by government and other agencies will now demand communication links.” Anquilan predicted that ham radio assets will be spread thinly, resulting in gaps.