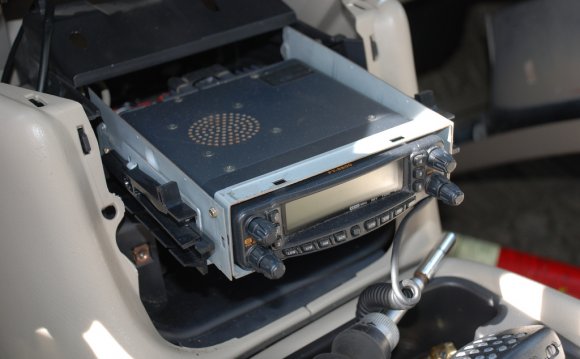 The aim of its AirChat is to give activists a way to communicate directly, without using Internet or cellular infrastructure, the project page at github says.

The Anonymous contribution to the world of ham packet radio is twofold, the group says: to anonymise the communication, since ham packet radio doesn't have anonymity built in; and to ignore spectrum and user licensing.

The latter carries a risk, but AirChat's author or authors believe it's justifiable. Beyond the project's rhetoric about “evil organisations like the FCC”, it is reasonable to think that an activist communicating from a trouble spot doesn't have time to obtain a ham radio license before they start communicating (and anyhow, doing so doesn't let you preserve anonymity).

The anonymity scheme is interesting, since over on the Internet, addressing is the always-in-the-clear metadata that makes true anonymity such a tough nut to crack. It's also very simple.

AirChat ignores low-layer addressing, (a transmission is necessarily visible to any receiver within range). So to anonymise communications, the system uses a packet, the Lulzpacket, which handles error correction and encryption.

There are two basic modes of communication: clear-text broadcasts that anybody within range can receive (as the project says, for “for general broadcasting and community discussion”); and asymmetric encryption, for anonymous communication. Everybody can receive an encrypted packet – but only the holder of the private key can decrypt it.

“Each node only cares for what is being received, ” the project page states. “No hardware identification, no transmitter plain identification. Only packets matter. Transmissions are anonymous.”

The software is designed to work with any transceiver, which means users should be able to grab a cheap device, choose a frequency, and start transmitting. Of course, El Reg notes that it's best to use unlicensed frequencies if you don't want to attract the attention of your local spectrum authority.

AirChat also includes basic LAN functionality, the group says, so that users can connect a local network to an AirChat transceiver. There's also an Internet gateway with Tor and proxy support.

There's a certain amount of soldering involved in the AirChat example setup, since it uses VOX rather than a “push-to-talk” to make it simple to use.

If there's any way to get the gadget confused, do something with radios that doesn't involve the words “WiFi”, “cellular”, or “3G / 4G / 5G”.

News of AirChat's advent has sent Motherboard into a complete head-spin, so as a public service, The Register offers this unspinner.